“24 Minutes”, … done in 24 style complete with multi frames and nerve-wracking ticking. Guest stars Kiefer Sutherland and Mary Lynn Rajskub will play their Monday night alter egos, Jack Bauer and Chloe O’Brian. Seems like Springfield Elementary has set up a CTU of its own. Yes the educational mecca of Springfield for lo these last 18 seasons now runs a Counter Truancy Unit, manned by CTU agents Bart and Lisa Simpson. Set up by Principal Skinner, the CTU faces uncertain times as rumors of a stink bomb to be detonated during a school bake sale has everyone on edge. Or, as “on-edge” as a cartoon character could be. 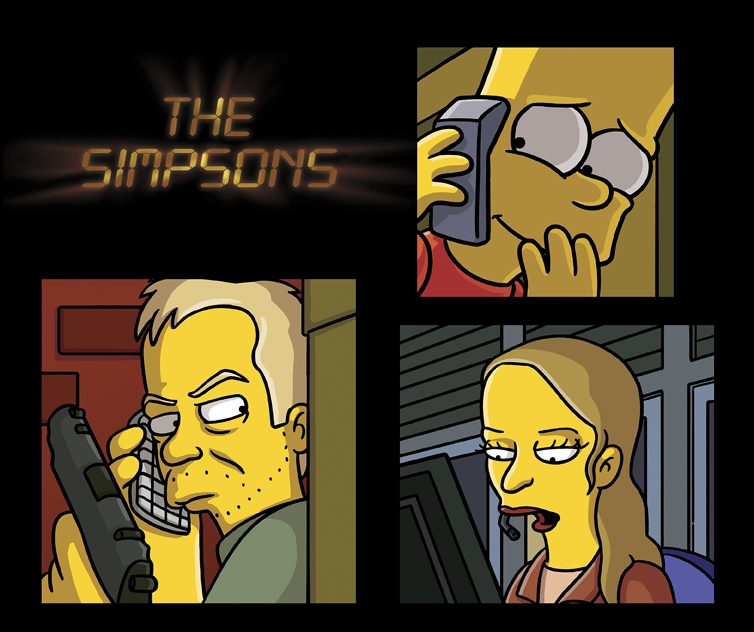 It airs this sunday in the States, not a clue about a U.K. airing, though i’m sure it can’t be too far behind.