As if to make up for no new 24 until next year, Fox have this morning officially announced the “24 Season 1 (Special Edition)” DVD. Many will remember the original Season 1 DVD release was pretty much devoid of extras. Full details below the image of the rather cool metal cover. 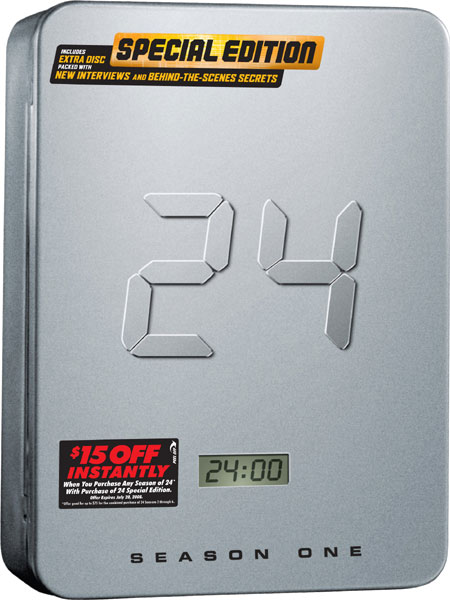 At the moment the only release date known is for the region one edition on May 20th. But i’m fairly certain a region two release can’t be that far behind.

Extras include (items in bold are extras not found on original release) :-

The boxset will retail for around $60 in the U.S.